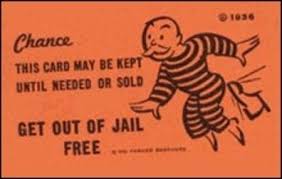 I’ve been scratching my head over the 9th U.S. Circuit Court of Appeals ruling that freed Brent Wilkes from prison on $2 million bail while he appeals his conviction for bribing former Rep. Randy “Duke” Cunningham. The court’s reason for releasing Wilkes makes absolutely no sense at all.

First, a bit of background: The 9th Circuit granted Wilkes bail in March. Judge Larry Burns in San Diego required Wilkes to post collateral of $1.4 million. Wilkes pledged three homes, but Judge Burns ruled in June that it wasn’t enough as he had concerns over the value of the homes.

On Dec. 30, 9th Circuit Judges Thomas G. Nelson and A. Wallace Tashima apparently decided that the homes Wilkes pledged as collateral were suddenly worth more now than they were in June:

“While the district court (Judge Burns) has concluded that a personal appearance bond secured by $1.4 million in property or assets is required during the pendency of this appeal, we conclude that given changed market conditions which have resulted in a decline in the value of real property, Wilkes’ pledge of three properties subject to forfeiture is sufficient to assure his appearance during the pending of this appeal.”

That’s pure gibberish. If the housing market declines, homes are worth less, which means that Wilkes is even further from the $1.4 million threshold. Despite their cushy lifetime appointments, Judges Nelson and Tashima had to know that much. Maybe the court thought no one would notice.

I checked with Shaun Martin, a law professor at the University of San Diego who clerked for the 9th Circuit to see whether I was missing something. After reading the order, he was as confused as I was.

“That raises more questions than it answers,” he said.  Teading between the lines, Martin said the judges had grown impatient with all the back and forth and just wanted to move on. “You can fairly put the order down to frustration and needing to say something to let the guy go,” he said.