Thanks to former Rep. Randy “Duke” Cunningham, the Counterintelligence Field Activity or CIFA has become synonymous with waste and graft in the intelligence community. The agency was created after the Sept. 11 attacks to bring order to the confused world of military counterintelligence. One of its contractors happened to be bribing the greedy and insecure Congressman Cunningham to the tune of more than $1 million.

That was bad enough but CIFA also blundered badly at the outset by gathering information on U.S. citizens in its Talon database, a big no-no. Bloggers like R.J. Hillhouse Ph.D cheered when The New York Times reported in April of this year that the Pentagon would be shutting it down. I’m sure all the little petty bureaucratic rivals CIFA had in the intelligence world were pleased as well. But R.J. Hillhouse Ph.D, like me, really had no idea what CIFA was up to.

Last week’s report by the Senate Intelligence Committee shows that CIFA actually was doing important work, but was prevented from its mission by senior civilian leaders at the Defense Department. 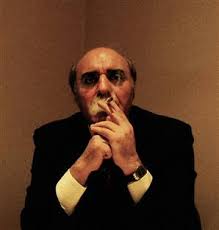 According to the report, CIFA was given the job of investigating a mysterious meeting in Rome between Iran-Contra figure Manucher Ghorbanifar (right) and U.S. Defense Department officials in Rome and Paris. One of the DoD officials at the meeting was Larry Franklin, an Iran analyst who is in prison for passing classified information relating to Iran to the American-Israel Public Affairs Committee (AIPAC). 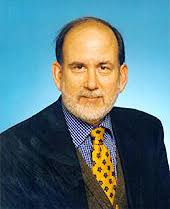 The meetings were arranged by a civilian named Michael Ledeen, a conservative analyst with the American Enterprise Institute who had close ties to the Bush administration. Ledeen had help, reportedly, from the Italian government and its intelligence service. Italian government officials attended the meeting in Rome.

CIFA concluded that Ghorbanifar may have been used by “agents of a foreign intelligence service” to reach and influence the highest levels of the U.S. government. During the Rome meeting in December 2001, Ghorbanifar passed word that he could sow the seeds of discontent in Iran for $5 million by causing traffic jams at key intersections in Teheran. The report also mentions a $25 million price tag for other operations.

After the press found about the Rome meeting, Stephen Cambone (left), the Defense Undersecretary for Intelligence, gave CIFA the job of conducting a “thorough complete and expeditious” inquiry into the Rome meeting. Cambone said the tasking was requested by Deputy Defense Secretary Paul Wolfowitz and Undersecretary of Defense for Policy Doug Feith.

CIFA took the job seriously and conducted 19 interviews that are cited in the Senate report. About a month later, on October 21, 2003, CIFA, acting on Cambone’s orders, halted its investigation.

In its final report, CIFA noted that it had blocked from conducting interviews of key DoD personnel involved in the Rome meeting, including Larry Franklin. Cambone and the DoD General Counsel, William Haynes prevented CIFA from interviewing CIA personnel.

Even so, CIFA was able to get to the heart of the matter:

The most significant matter raised in the Counterintelligence Field Activity’s report was the possibility that Mr. “Ghorbanifar or his associates are being used as agents of a foreign intelligence service to leverage his continuing contact with Michael Ledeen and others to reach into and influence the highest levels of the U.S. government.” The report noted that there were multiple occasions where information from Mr. Ghorbanifar entered U.S. government channels via Mr. Ledeen. These channels included personnel from the FBI, CIA, DoD, the White and Congress

From the Senate report:

No doubt there was waste and abuse at CIFA, but there were also some people there who stirred up a hornet’s nest of trouble by simply doing their jobs.