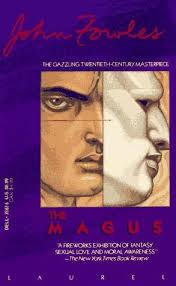 Shortly after we are introduced to Maurice Conchis, the magician behind The Magus, he declares the novel dead as an art form. But then author John Fowles then proceeds to show just how lively a book can be. The writing borders on pretension. Fowles uses words that couldn’t be found in my dictionary, but I found the narrative irresistible. I felt in league with narrator Nicholas Urfe — we both knew we were being toyed with and we sought an explanation that wasn’t forthcoming, but the drama Conchis and Fowles created for us were so delicious that we want it to go on forever. And that I suppose is the point.